Businesses wait patiently for the new release of the Office for Mac 2014. – Alltek IT Services

Businesses wait patiently for the new release of the Office for Mac 2014.

Speak With Your Lakeland IT Experts 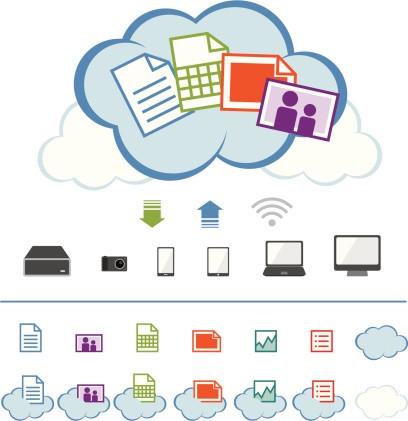 Microsoft executive mentioned its probable release date before the end of the year 2014.

Time is running out. Retirement of the Office for Mac is set on Jan. 12, 2016 and there is no sign of any successor to it. Office for Mac 2011′s support from the Redmond, Wash. lasts only for five years compared to their support for Windows which is ten years. According to Computerworld, a new Office for Mac version would possibly be launched by Microsoft before 2014 ends. Thorsten Hϋbschen, a German Microsoft executive announced at the CeBit trade show in Hanover, Germany that more information would be revealed coming the second quarter of the year. Computerwoche – German for Computerweek – confirmed it in an interview, however, the second quarter has come and gone but still no updates. They remained silent over the issue.

Microsoft continues to update the Office suite for Mac. Nothing has changed except that it makes businesses feel a bit neurotic over the impending cessation of Office for Mac 2011′s  services. They will have at least a little over a year before migrating to a newer version. The long wait is in question. When do we expect a new product release? Computerworld reviewed the Office for Mac’s product release history last February. They found that the longest straggle between Office for Mac release is 1,088days. Meanwhile, the longest pace between Windows and Mac version release is about 188 days tops. This time might be the longest pace between Office for Mac product launches.

What could have possibly caused the delay?  Hϋbschen mentioned that the cause for delay was due to the absorption of the Macintosh Business Unit (MBU) development team into the Microsoft Business Unit (MBU) division which is responsible for the Office for Windows back in 2011.  Another reason is probably because Apple  decided to upgrade to OS X 10.10 otherwise known as Yosimete. This will most likely happen in autumn and at that point we won’t expect to be seeing a new Office for Mac edition. Probably expect a title of  “Office for Mac 2015″ for Apple’s OS X instead of 2014 at some point if the product would launch by the last quarter of the year.

Rumors has it that the implemented  new features included in Yosemite is of Microsoft’s new interest. The new “Handoff” feature lets the user create a document on one platform and can pick up where he left off in another user platform.  Isn’t that interesting? However, the latest Office for Mac 2011 update was the 14.3 which came last February 2013. It included a Retina support and an option for desktops user to grab the opportunity to jump into Office 360, an Office for Mac subscription version. The user may need to renew the subscription monthly or annually or lose your Office suites when unable to renew. Microsoft remained mum on the release timing of the new Office for Mac edition but a spokeswoman executive confirmed that the development team is working hard on its next version of the Office for Mac.

Have questions about running Office for the Mac in your Lakeland business?  We can help.  Our team of IT professionals help both with Windows and Apple IT support in the business environment.  Call us today to learn more about our fully-managed IT support solutions for businesses in Lakeland.  Call (863) 709-0709 or email us at info@AlltekServices.com.

Looking for something specific?

Search our blog library to find the article you need.

Time For A New IT Company?

Trust Us To Help You.

Fill out the form below to get started.

Need A Trustworthy and Reliable Business IT Services Company In Polk and Hillsborough County?

Alltek Services Wants To Be Your Next Computer Support Company.

The Best IT Support for Lakeland & Polk County business. When other Lakeland network support companies put you on hold, Alltek Services puts your Polk County and Florida business first. Our world-class customer service and unique partnership approach are a step above the rest, with proactive, personalized network solutions that minimize downtime and maximize productivity. Alltek Services is ready with the support and expertise to keep you focused on running your business.

The Best IT Support for Lakeland & Polk County business. When other Lakeland network support companies put you on hold, Alltek Services puts your Polk County and Florida business first. Our world-class customer service and unique partnership approach are a step above the rest, with proactive, personalized network solutions that minimize downtime and maximize productivity.

To Rip the Bandaid Off Fill Out The Form Below

You can find out more about which cookies we are using or switch them off in settings.

This website uses cookies so that we can provide you with the best user experience possible. Cookie information is stored in your browser and performs functions such as recognising you when you return to our website and helping our team to understand which sections of the website you find most interesting and useful.

Strictly Necessary Cookie should be enabled at all times so that we can save your preferences for cookie settings.

If you disable this cookie, we will not be able to save your preferences. This means that every time you visit this website you will need to enable or disable cookies again.